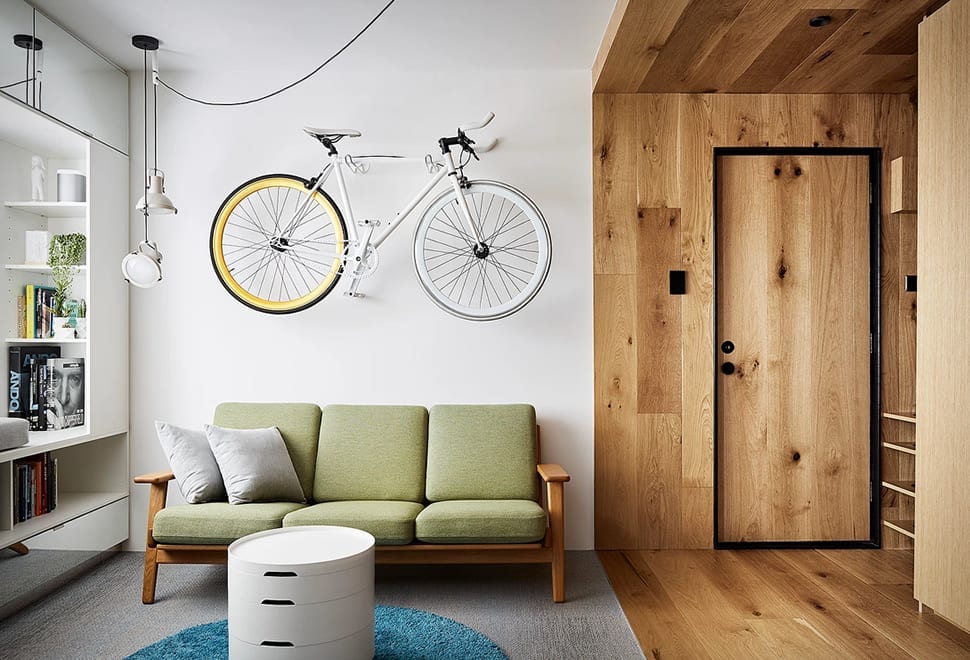 The tiny home movement is one of the most exciting architectural marvels of the current era. As people around the world continue to look for ways to live in splendour, without spending too much on real-estate, tiny homes offer the ultimate blend of innovation and style.

Now, the tiny home revolution has moved into the apartment space with the arrival of the Richmond Micro Apartment from Tsai Design. Based in Melbourne, Australia, Tsai Design architect Jack Chen redesigned his 376-square-foot apartment into a stunning property that adds more functionalities and features than you could imagine. The newly-designed mini apartment has a kitchen, plenty of transformative furniture, an office, and an interior green space.

In an interview titled “Never Too Small,” Chen explained that the design was intended to support the tiny house movement, questioning the notion of living in opulence with many belongings. Chen took on the challenge of refurbishing the unit with a range of innovations and inventions that turn a small space into a generous living experience. While the basic layout of the apartment remained the same, the use of flexible furniture allowed Chen to create a home that felt bigger than it was.

Many new pieces of furniture within the tiny apartment overlap other parts with different functionalities so that the owner of the home can simple access the things they need at any given time. To achieve a high level of versatility, Chen created various timber elements that occupied the entire length of the apartment, creating a “puzzle box” experience that connects all the spaces in a functional and visually-appealing way. If someone needs dining tables and chairs, for instance, they can pull those features out and use them, then put them back away when they’re done.

The wooden wall makes it seem as though pieces of furniture disappear into nothing, and it continues all the way into the bedroom, where it features additional folding elements like a bedside table and bathroom door.

Creating the Illusion of Space

Aside from the puzzle box wooden elements, Jack’s miniature apartment also includes various other features that allow it to feel lighter, brighter and bigger than it is. For instance, Chen placed numerous mirrors at various positions on the walls to create an illusion of additional space.

The architect also wanted to create an “outdoor” feeling in the home, which is why he included a green wall of living moss within the bathroom. According to Chen, you can see the moss wall from the moment you open the door to the apartment, which helps to set an atmosphere of peace and tranquillity for the space. Other exciting features include:

In the years to come, we’re likely to see more innovative designers taking a leaf out of Chen’s book and dipping their toes into the potential of small space design.