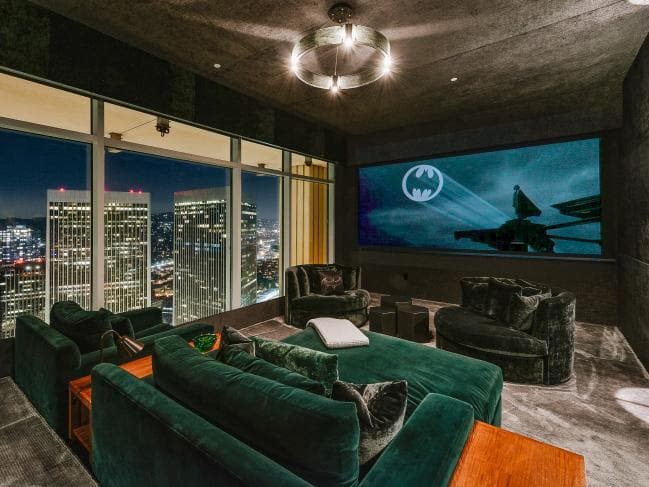 Looking for an apartment you’ll want to show off to your friends?

Matthew Perry (Best known as Chandler Bing from Friends) recently put his lavish LA penthouse up for sale for a whopping $53.23 million Australian, or $35 million USD. The Friends’ Star has shared some fantastic pictures of his renovated pad in the sky, which comes with some truly amazing features.

The 49-year-old Perry has plenty of experience with Real Estate deals. Over the last 10 years, as well as writing, acting, and producing, Matthew has also been buying and reselling beautiful homes throughout California. The most recent addition to the market is the paparazzi-proof penthouse in the 42-story Century Condo.

Apparently, Perry purchased the entire 40th floor of the Condo and turned it into a single apartment, right after he had just sold another home in the Hollywood Hills Bird Streets during 2017.

If the opportunity to live in Perry’s beautiful apartment wasn’t enough to get you excited, how about the fact that the Century building has also attracted a number of other celebrities over the years? For instance, Candy Spelling bought the top two floors (41 and 42). Additionally, Rihanna and Elizabeth Berkley have also lived in the apartments too. Many other professionals, including film industry elites, celebrity chefs and CEOs have been drawn to the penthouses too.

The building is certainly appealing enough without the celebrity factor. Rising above four acres of private gardens, it comes with a 75-foot swimming pool included, as well as a Pilates and yoga studio, a wine storage facility, and a screening room, where you can binge-watch episodes of friends (or anything else really). Perry’s 40th‘ floor home measures around 866 square metres, with views over the entire of Los Angeles that are sure to drop anyone’s jaw.

There’s also plenty of enormous rooms to explore within the apartment too, including a living room with two fireplaces, a massive master bedroom suite, and more. Overall, there are eight bathrooms, four bedrooms, a game room, and a home theatre.

To make the apartment extra special, you’ll also notice that Perry has included a reference to his personal obsession with Batman. The Hallway is lined with figurines and memorabilia associated with the superhero. Additionally, there’s a full chef’s kitchen included that comes with a table for casual dining, and an island seating area too. There are four terraces in total for eating and entertaining.

Perry has continued to act in television with great success since his role in friends. His most recent project includes a two-part mini-series where he’s starring as Ted Kennedy’s in a production of “The Kennedys: After Camelot.”

As Melbourne residents come out of COVID-19 lockdowns but realise that international travel looks unlikely to be an option for the foreseeable future, many are

Despite what many expected and predicted, recent research suggests that Melbourne’s house prices have shown resilience over the recent COVID-19 lockdowns. Despite the real estate

Beach Box sales are booming as Melbourne resident’s holiday closer to home.
Melbourne’s house prices resilience despite prolonged COVID-19 lockdowns.
Melbourne’s Property Market – What’s happening in the Third Step
How to Assess the direction of the Property Market Yourself