It hasn’t been long since the RBA made the decision to officially cut interest rates, but Australia is already seeing a major impact. As the dust starts to settle, we can see how the changes have made an impact on some of the biggest names in banking.

For instance, ING cut its rates by 0.15% this week. The amount might be modest, but it will apply to new and existing customers as of the 16th of October. Additionally, once the rate change is in place, the ING Mortgage simplifier will be offering rates as low as 3.03% per year.

Bendigo bank also announced cuts of 0.15% in the last week, to a range of its home loan products. As of the 15th of October this year, all variable rates for investors and homeowner occupiers will be reduced by 15%, which will have a huge impact on prices. The basic home loan rate for Bendigo Bank will now be around 3.24% pa.

Changes in the Home Loan Market

The latest rate changes consider the interests of various stakeholders in the banking world and the performance of the bank as a business, alongside the changes in the marketplace. This might be why banks like BOQ have only cut by a smaller 0.10%.

The Bank of Queensland will make this change to it’s loan rates as of the middle of October, according to the Group Executive of Banking for BOQ, the small change will still make a big difference when it comes to offering repayment relief to today’s home lending customers.

Following in the footsteps of ING and Bendigo Bank, Virgin Money also reduced its rates by 0.15%, as part of the BOQ group. The changes to the rates will begin on the 25th of October, and variable interest rates for all investors and occupiers making P&I payments will be affected. The interest-only loans offered by Virgin Money will drop in price by 0.20%.

According to the CEO of Virgin Money, Greg Boyle, the change in the home loan rates are part of Virgin’s ongoing attempt to deliver great value to their customers and ensure that they can earn as many rewards from their payments as possible.

How are Lenders Responding to the Rate Cut?

We haven’t seen quite as many lenders in the market passing the full cut from the RBA onto their customers this time as we did with the other RBA cuts this year. Commbank was the first to make a change to its offering this time, decreasing variable loan rates by around 0.13%. Westpac, ANZ, and NAB followed suite quickly after. Most lenders haven’t reduced their rates by more than 0.15%, however a few online lenders have ramped the savings up to 0.25%.

While rate cut fatigue seems to be setting in at this point, customers still have a lot of savings to look forward to. 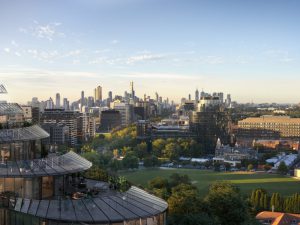 Investor purchases have driven the proliferation of apartment numbers across Melbourne in recent years. The Melbourne skyline is dotted with new Apartment developments and cranes

The COVID-19 pandemic has had an impact on Melbourne’s property market but the impact is not being felt evenly. Where sellers in Melbourne’s inner-city have

Updated – 9th of July 2020 11:23AM – Click here for latest update. In response to the evolving COVID-19 Situation and lockdown in Victoria we