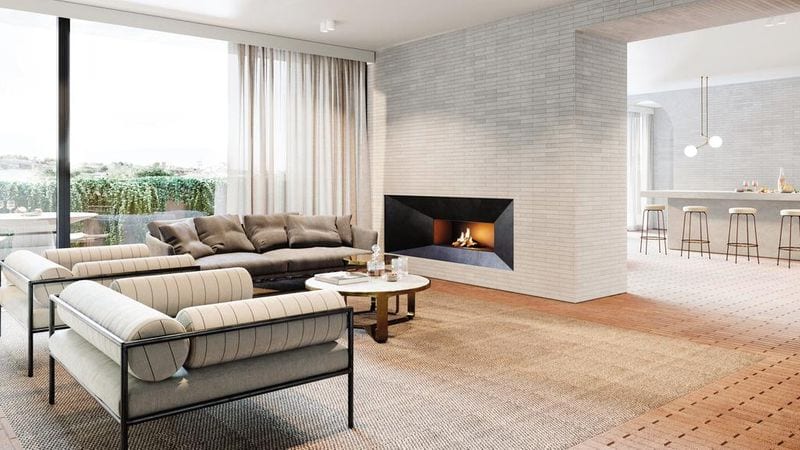 There’s a new luxury apartment ready to blow the minds of homeowners on the Adelaide city fringe. This unique penthouse is set to shatter the record for the most expensive apartment . Known as “The Brougham,” the North Adelaide apartment was launched this week, and aims to appeal to people from the “luxury downsizer market.”

The Brougham location consists of 18 homes in total, including a refurbished three-bedroom villa at the front, and a complex of 16 apartments and a penthouse set behind. The apartments start at a price of around $2.49 million, with combined indoor and outdoor living space that’s listed at between 235 and 255 square metres.

Buyers have the option to merge the two apartments available on each floor if required, to cover more space, or buy them one at a time. However, it’s the 335 square metres penthouse that’s attracting the most attention to begin with, thanks to its price tag of $6.3 million.

The multi-million dollar penthouse comes with two bathrooms, three bedrooms, two living areas, and access to a communal entertainment area on the roof, which includes a shared kitchen.

The development was created as part of a joint venture between the Brown Family and Hindmarsh developers, as well as architects from Pruszinksi PACT, and Williams Burton Leopardi. According to WBL’s David Burton, the owner-occupied complex is set to establish a new benchmark for apartment living in the city.

The complex comes with many exciting features and amenities to explore, including a resident’s lounge and dining area, a private yoga studio, a fully-equipped kitchen, and a two-level underground carpark. Another of the building’s highlights is a secure and temperature-controlled wine cellar, which comes with enough space for 170 bottles for each apartment. The penthouse owner will have enough space for 1000 bottles.

Construction is set to begin on this incredible new location towards the end of the year, and residents are expected to start moving in during the second half of 2021.

This new apartment blows the current record for the most expensive apartment in Adelaide out of the water. Previously, the record-holder was the penthouse apartment standing at $5.2 million for the Realm Adelaide in Austin St city.